james edwards-marche' is a professional chef, dancer, and trader. he is originally from london but currently resides in italy with his partner of five years.

1.) Let go and fantasize.
When I was attending primary school (7 or 8-years old), my teacher would say that I "daydreamed too much". In my opinion, this attitude causes people to limit - sometimes even destroy - their true potential. There will always be people ready to tell you, "that's impossible" or "you can't do that" (which usually translates to "I can't do that"!), but it doesn't cost anything to let go and fantasize. It's often more costly not to do so. The next time you find yourself fantasizing, step outside of the general consensus that it's a negative thing and you should be a "realist", because fantasies are just future realities that haven't been realized yet. Live the moment in your mind knowing that it can be lived along with everyone else at some stage in the future. You just have to choose to follow through. 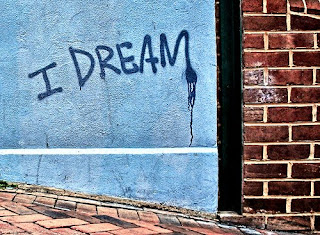 2.) Be child-like (often times mistaken for being childish).
Curiosity, humility, and veracity are three characteristics that all children seem to have. This is what allows them to learn at such an incredible rate. They are able to learn languages, sometimes becoming bilingual quicker than it would take the average adult to fully understand one language. They do this while learning to eat, walk, dress...they have a lot to take on in a short period of time but manage to do so with the help of the above three qualities.

3.) Practise "apologizing" over "asking permission".
If you don't try, you'll never know. People tend to excercise the power you give them to say "no" when you ask permission, even if what you're asking is acceptable to them. Paradoxically, people are also surprisingly tolerant when you just go ahead and do what you want (socially). You'll always get further by doing first and then, if necessary, apologizing after; then you'll know the true boundaries.

4.) Be consistent.
I believe that when we don't trust others, we really have a lack of trust in ourselves. When you can trust yourself to stick to your own values, rules, and plans, you'll be in a better position to learn to trust others. The only way you can remain stable in an unstable environment (be it the world or the marketplace) is to master the only constant that can be mastered - yourself.

5.) Think "outside-the-box".
The way we think defines who we are. Definition is rigid - learn to always challenge your own beliefs and treat what you "know" with the same attitude as, for example, how you look. Yes, it's a very real definition of who or what you are, but it can be changed. You can learn to think in a way that will help you instead of hinder you.